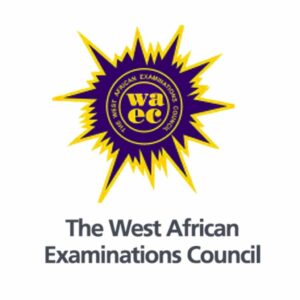 SECTION A : ANSWER AT LEAST ONE QUESTION

SECTION B: ANSWER AT LEAST ONE QUESTION

[SECTION A]
(1a)
Human rights are moral principles or norms for certain standards of human behaviour and are regularly protected in municipal and international law.

(2a)
– They encourage dialogues with the kids.
– They act as responsible individuals themselves
– They spend quality time with their children
– They encourage more and criticize
– They teach more with actions (and examples) and less with words

5a. 1 Fear of contacting hiv from them.

2. The judgemental part of thinking people who have hiv contacted it through immoralities.

3. Lack of enlightenment on how hiv works.

4. Outdated beliefs of some people concerning the disease.

5. The dreaded nature and assumptions of the disease

5b.
1. Inability of the patients to work owing to the illness can lead to dearth of human resources.

2. The dependents on the patients will suffer poverty and loss of goals.

3. The production life of the society will dwindle.

4. Good number of investable capital will be wasted of taking care of the sickness.

5. More people will be in danger of being exposed to the sickness owing to it’s spread which will underpopulate such society

SECTION C
(Q7a)
A political party is an organization that coordinates candidates to compete in a particular country’s elections. It is common for the members of a party to hold similar ideas about politics, and parties may promote specific ideological or policy goals.

7b.
1. Secret balloting
2. Counting of votes
3. Division into constituencies
4. Preparation of voters register
5. Initidation of voters
6. Opportunity to campaigns

(8b)
labor group is an organization that engages in collective bargaining with an employer to protect workers’ .

(ii) Bureaucracy: Civil servants follow precedents and adhere strictly to official rules when carrying out decisions and policies of government.

(iii)Political instability:
Continuous change of government brings along a change of political appointees like ministers, commissioners and career top civil servants such as the head of service and sometimes the directors-general.

(v)Duplication of offices and position: The civil service is often criticized for wasting financial and manpower resources, and retaining unproductive workers with the creation of ministries, departments and positions with similar functions.