5ci)He had been without the drug for several weeks, and thus, his body could not take his normal dose

5di)By legalising the Supply of the drugs

5dii)By regulating the supply of the drug

6c)By maintaining ones weight by not overeating

6e)By drinking plenty of water and other unsweetened liquid everyday

3)
The leopard is identified and has exclusivity only because of its spots. Similarly we cannot change the basic characteristic that one is endowed with. It may seem to disappear from time to time but will soon resurface. This can be explained with the following story from the Panchatantra.
Once there was a jackal that went to a village in search of food and accidentally fell into a tub containing blue colour dye. The jackal looked pretty strange since it was blue in colour and all the animals in the forest ran away in fright. The animals in the forest called for a meeting to discuss about strange looking animal – not realizing that it was only the Jackal.

They unanimously decided to keep away from the blue creature.
The cunning jackal decided to take advantage of the situation and declared that he was sent to earth by God to rule over as the King of the forest and asked all the animals to obey him. The frightened animals agreed immediately. The jackal was scared that his fellow jackals might find out his true identity and banished all of them from the kingdom.
The poor jackals had nowhere to go and were very upset. They guessed that the strange blue creature was indeed a jackal and wanted to teach him a lesson for treating his fellow beings so badly.

They came up with a plan. The oldest and wisest of them said. “Let us all howl collectively. If he is a jackal then he cannot resist his innate nature and he too will start howling.” All these jackals waited for an opportunity to reveal the natural characters of the Blue Jackal to other animals in the forest. As waited for, the opportunity came for their help.
So one day when the Blue Jackal was presiding over his court, all the banished jackals started howling together. The Blue jackal forgot for a moment that IT was THE King and responded immediately. When the other animals realized that they had been cheated by the cunning jackal they pounced on him and chased him away.
However the jackal tried to cheat other animals in the forest, the fact it was nothing but only a jackal came to light for the simple reason that the jackal could not conceal its natural tendency.
The leopard can not change his spots.

ENGLISH ESSAY QUESTIONS
SECTION A: 50 Marks Answer 1 Only [Please Answer Correctly]
1)the literary and debating society of your school is organizing a debate on the topic: poverty,and not corruption is the bane of our society. Write your arguments for or against the motion

3)write a story that best illustrates the saying: A leopard cannot change its spots 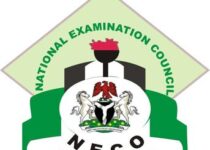